The second quarter of 2019 brought some big changes to Karbon. And nothing was bigger than the release of Karbon for iOS—our dedicated app designed for the iPhone. It was genuinely exciting to get this out the door (it's been part of our plans since day 1), and amazing to see a big chunk of our customers using it every day.

The last three months also saw a whole lot of other enhancements to the Karbon web app, capped off with the announcement that our integration with Zapier is ready and open for early access.

I've summarized these, and every other #KarbonUpdate released from April-June, below. And, if you want to see them in more detail, I'll be demoing all of these in our upcoming recap webinar.

In May we released our Karbon iOS app. The app allows customers to harness the power of Triage when they're on the go, with functionality designed specifically for your iPhone and iPad. 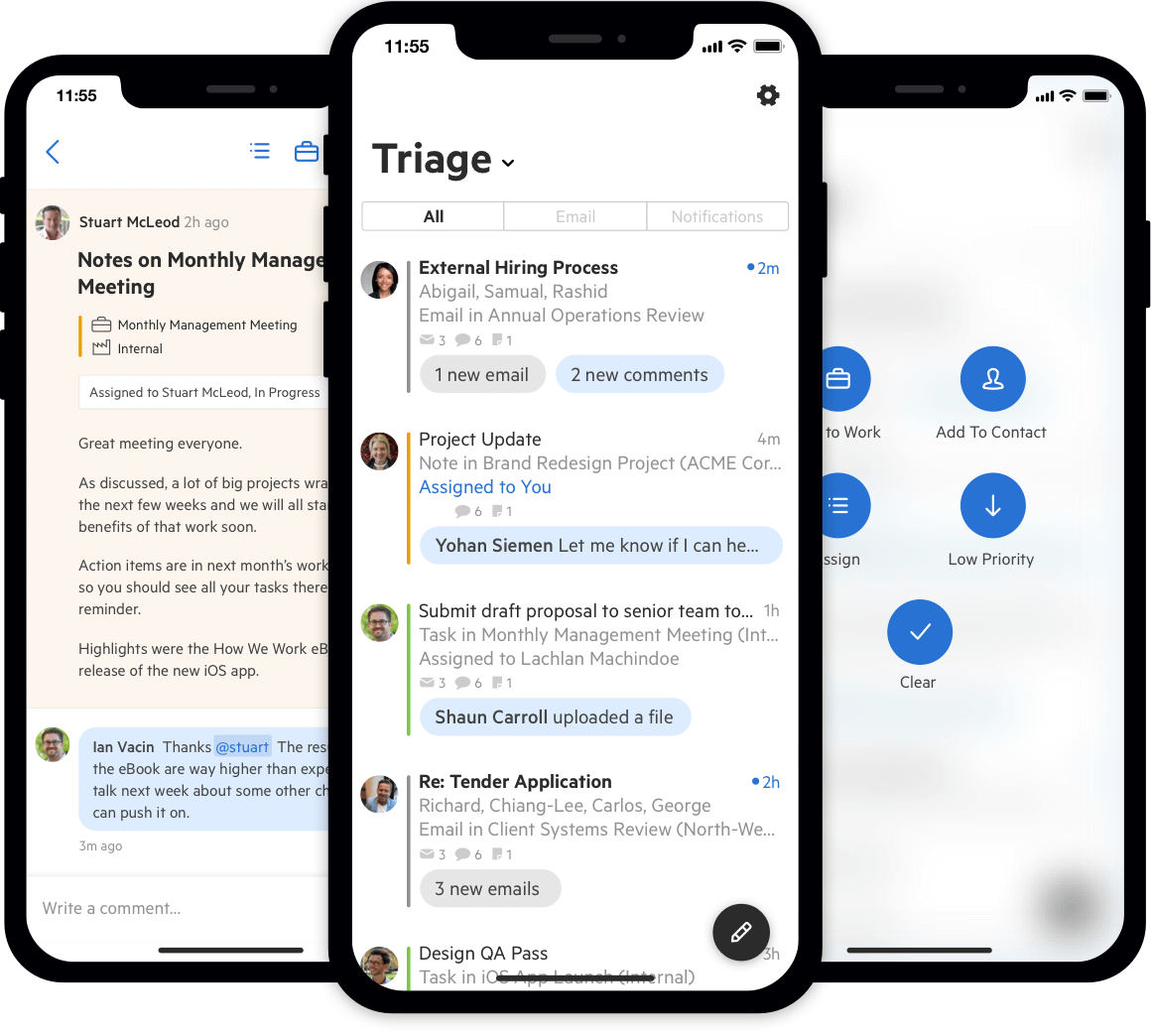 The app is focussed around Triage so that customers can plan their day before they sit down to work, discuss work with their team directly on the emails, notes and tasks at hand, and transform email into tasks to delegate to their team.

And it's completely free for all existing Karbon customers to download now.

As we predicted, lots of Android users contacted us after this release wondering if they'll be getting an app too. The answer is yes—an Android app is absolutely in our plans. But right now we have no definitive timeline—watch this space though!

Our beta integration with Zapier means that Karbon now connects with 1,500+ apps.

If you're not familiar with Zapier, it allows you to share information between a huge library of apps and tools by creating easy-to-setup automations.

For our customers, this means that they can share their Karbon contact records with different cloud accounting solutions, sales & marketing tools, CRMs, lead capture forms and other applications.

We're now accepting requests for early access to the beta version of the Karbon + Zapier integration before rolling it out to everyone in the coming weeks.

And if you're wondering exactly what you might be able to use the integration for, we shared 10 example Zap automations that you can set up now.

When we were building our iPhone app, we made some visual changes to Triage to make it more mobile-friendly. We realized that this new design was an improvement on how Triage looked in the web app, so we decided to roll it out there too.

The upgrade means that more information and context is displayed on each item, allowing customers to make decisions without always expanding their emails and other notifications.

It's now easy to see who an item is assigned to, previews of comments, unread message counts, mentions and attachments and the title of the task or note.

We also gave each type of Triage item a visual tweak, giving them a more uniform and scannable appearance, and added some color to help distinguish different types of activity and content.

We also gave the header at the top of every work item a new lick of paint. Added charts and color make it easier to see how a work item is progressing as it nears its due date.

Last year we introduced comments throughout the app so that teams can collaborate in context by commenting on emails, tasks and notes.

Comments have quickly become one of our most popular features, but we received some feedback that people don't always have anything to add to a colleague's comment, but they still want to indicate that they agree, or that they've simply read it.

So we added an acknowledgment action for all comments across the app.

We purposely kept it simple. No limitless choice of emojis that get a bit ambiguous, and no dislike options (if you disagree or need to say something else, we think that warrants an explanation in a new comment). Just a single 'thumbs up' icon.

Different teams and departments in a business all have completely different workflows from one another. So we made some changes that make it easier for those teams to set up Karbon to suit their individual needs.

We added a new area in Settings called ‘Workflow’. This is where all preferences relating to a customer's workflow are adjusted—work statuses, task statuses, work types and automators. Basically everything needed customize how different teams work.

For some time, customers could choose what statuses can be used for work items that have been assigned a certain work type. But this quarter we extended that level of customization to the tasks within those work items. This gives the flexibility to map out and define specific workflows for marketing, accounting, onboarding, HR, or any other function in a business.

You can learn a bit more about how this works here.

To see all these new features and enhancements in action, we're running a live recap webinar. Sara and Lachlan will show take you through all the changes with real examples, and answer all your questions.
Register now

Sara has been leading product teams for the past 14 years. She was one of Xero’s early employees in 2007, and responsible for teams building sales, support & operational systems, as well as a global product scalable to millions of customers. Her projects have received numerous awards including three Webbys.

With our integration with Zapier, you can connect Karbon with 1,500+ apps to keep your contact records perfectly in-sync. Here are some of the best automations you can set up today.

Join our VP of Product, Sara, for a live run through of every Karbon update released in the last 3 months.

Explore how you can use the powerful Practice Ignition and Karbon integration to automate your workflow and create a seamless client onboarding process.

How mAccounting found their single source of truth

Melissa Stout shares why mAccounting decided to implement Karbon and the impact it has had on their business since.

With our integration with Zapier, you can connect Karbon with 1,500+ apps to keep your contact records perfectly in-sync. Here are some of the best automations you can set up today.

Join our VP of Product, Sara, for a live run through of every Karbon update released in the last 3 months.

Explore how you can use the powerful Practice Ignition and Karbon integration to automate your workflow and create a seamless client onboarding process.

How mAccounting found their single source of truth

Melissa Stout shares why mAccounting decided to implement Karbon and the impact it has had on their business since.