My Karbon origin story: My journey to CEO & Co-Founder of an accounting practice management solution

There are two sides to every story, right? But in the case of Karbon, there are likely three sides. Our founding set consists of me and my colleagues (and friends) Ian Vacin and John Freeman. The three of us founded the company back in 2014, each walking our own paths that would eventually lead us to where we are today.

Though I’m certain John and Ian’s recollections will vary from my own, it’s due time that I share my side of the story.

Let me tell you a bit about how I went from a guy who was mediocre at coding, to the co-founder of one of the world’s leading accounting practice management software companies.

From crayons to computers

Computers captivated me from my primary (elementary) school days. I was one of the lucky few in the late 80s to have an Apple II at home, so I got to indulge in my fascination with technology from quite a young age. I was even an unusually young touch typer, back before that meant much outside of the workforce.

Accounting came into the picture pretty early for me, too. My best friend’s mum was a bookkeeper for a furniture company, and (advanced for the times) she ran the books on a PC. That career day stuck out for me in school.

By high school, I was doing some basic coding exercises, building a semi-functional adventure game. Among my growing skills, I even (accidentally) developed some malware (basically a key tracking system). Luckily, I didn’t realize what I had on my hands at the time and it never occurred to me to use it for evil.

Stepping out of the nest

When it came time for college, my course of study was pretty obvious after all the hours I spent hacking away at code for fun. I got my Bachelor’s Degree in Information Technology from Melbourne’s Swinburne University of Technology. In that program, I had a couple of work placements, one with Oracle (very cool) and one with a multi-level marketing scheme that sold toys (not as cool).

The cooler of those work placements ended up becoming my first job post-graduation. I started in the trenches of support at Oracle. While it wasn’t my favorite line of work, I did pick up skills that would prove useful later in my career: Unix and C/C++. I eventually moved up to a pre-sales technical consulting role.

Oracle gave me my first trip to the tech-focused heart of it all: Silicon Valley. As a 22-year-old with a larger-than-life perception of the Bay Area and its importance to tech, it was a wonderland.

Despite my undying love of tech, I did have a bit of an identity crisis somewhere in there, a ‘what am I going to be when I grow up’ moment. I dabbled in real estate as a side hustle, which was booming in Australia at the time. I did well at first, then lost my shirt to some less successful deals. While my career in real estate was unsuccessful, it did scratch a certain itch for me: I liked being my own boss. I kept that notion in my back pocket as I refocused on tech and continued gaining experience.

The rise of SaaS

My next work experience was with AusAID, an important stepping stone as it’s where I met one of the smartest people I know: Karbon Co-Founder, John Freeman. John was patient with my less-than-stellar coding skills and I learned so much from him, especially in those early days. 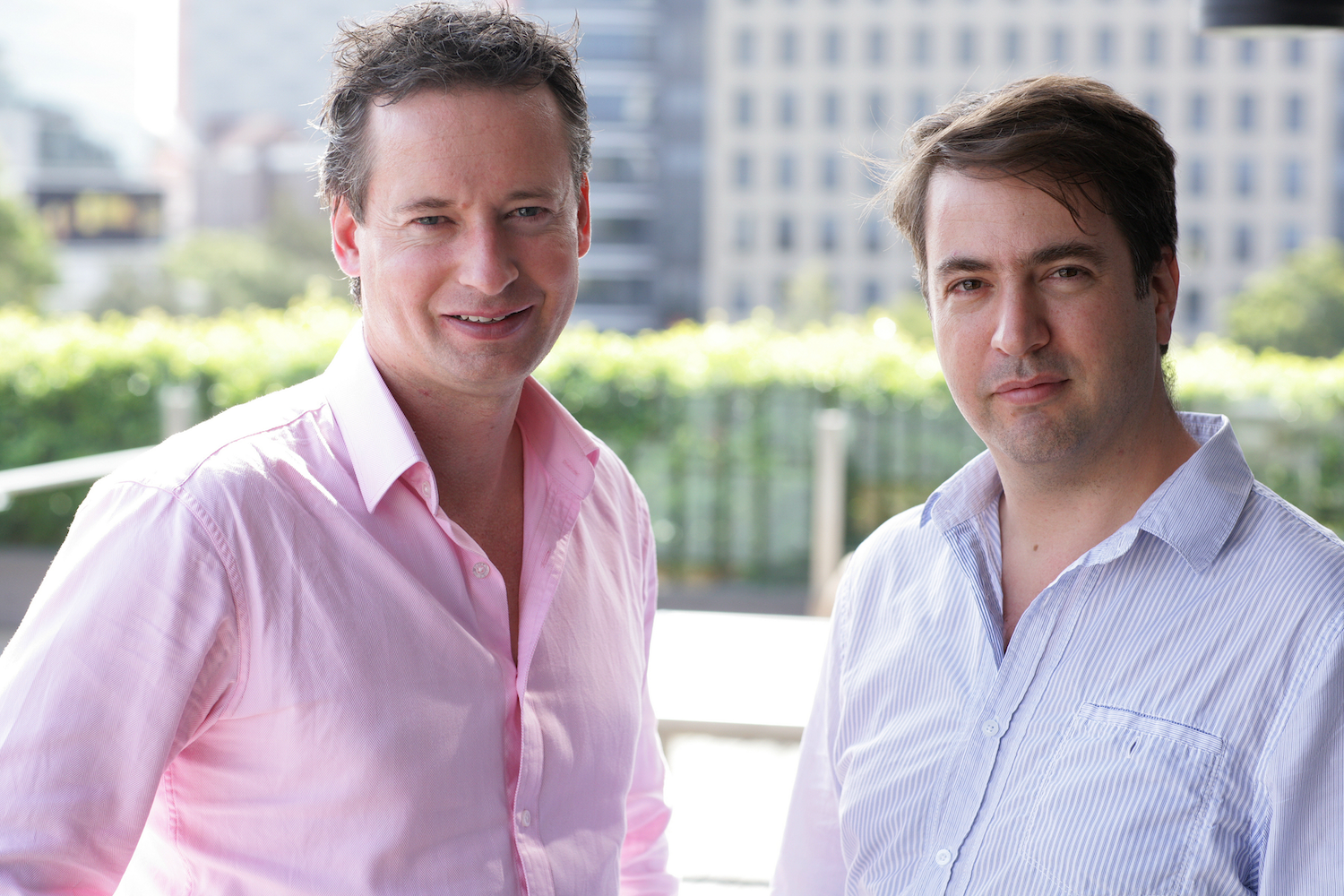 Me and John, circa 2011, after selling Paycycle to Xero.

Around that time, my entrepreneurial aspirations came back into play. I founded a payroll service (Contract1) on the side as a response to the abundance of contract employees in Australia at the time. Back then, we used desktop software to get the job done. But John took my payroll idea and wanted to convert it to software. And that’s how we ended up developing Paycycle Australia (in John’s son’s bedroom of all places) back in 2009.

Paycycle became our first foray in the world of remote work, as John and I lived in Melbourne and Canberra, respectively. Venture capital was virtually nonexistent in Australia at that time, so we bootstrapped the entire operation. Credit cards and the sale of my first payroll business kept Paycycle afloat at its barely breakeven status. Luckily, all the hard work and heartache paid off just two years later.

In 2011, John and I sold Paycycle Australia to our neighboring New Zealand-based company, Xero. They’d been working on developing their own payroll solution internally for some time. And since Paycycle was primed for payroll, it was a natural fit.

What we didn’t know back when we agreed to sell our company was that along with the deal, we’d gain one of our greatest future assets as a friend, colleague, and future Karbon Co-Founder: Ian Vacin. 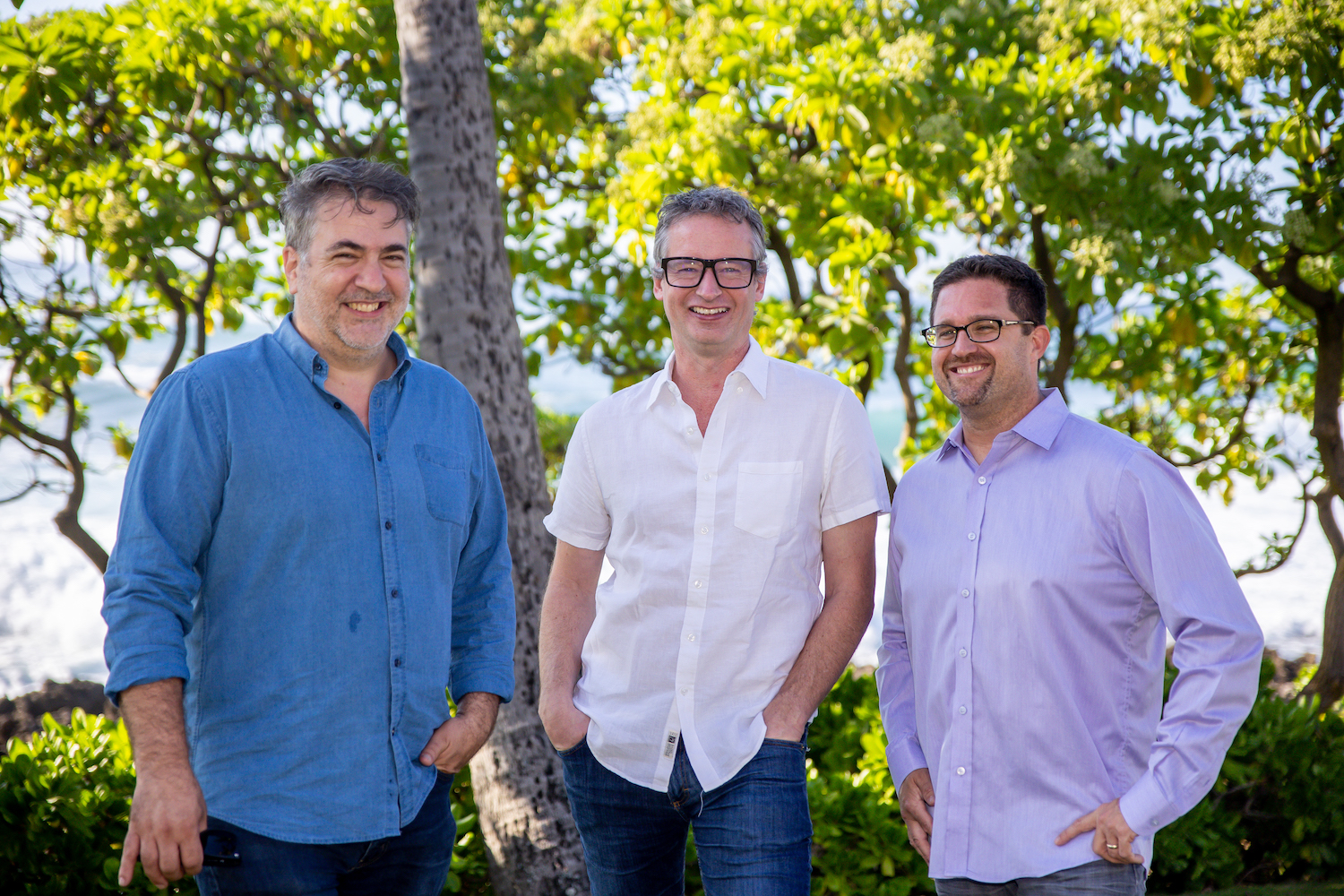 A more mature-looking me and John, this time with our Karbon Co-Founder, Ian.

By 2014, Xero had grown to over 1,000 employees. And for me, that company size was no longer the right size for my style of leadership, personality, and work culture preferences. I felt like I couldn’t have the same impact that I did back when the company was smaller. It was time for a new adventure. But those years with Xero were crucial to laying the groundwork for what would become Karbon.

John, Ian, and I felt we knew accounting better than any other industry. We understood the competition within the global market and were deeply familiar with the big players. And we identified a hole in the offerings available to accountants.

First, general ledger software—such as Xero and Quickbooks—are more targeted to small business owners, not the accountants who serve them. Second, solutions that were for accountants didn’t integrate well with other systems.

We wanted to flip that dynamic, offering something developed specifically for accountants that solved their biggest problems and played well with all the software they already use to get the job done.

We focused-in on solving issues around how they:

From there, Karbon was born (though we went through a couple of different names at first—Balanced Labs, PracticeIQ, and only then did we land on Karbon). 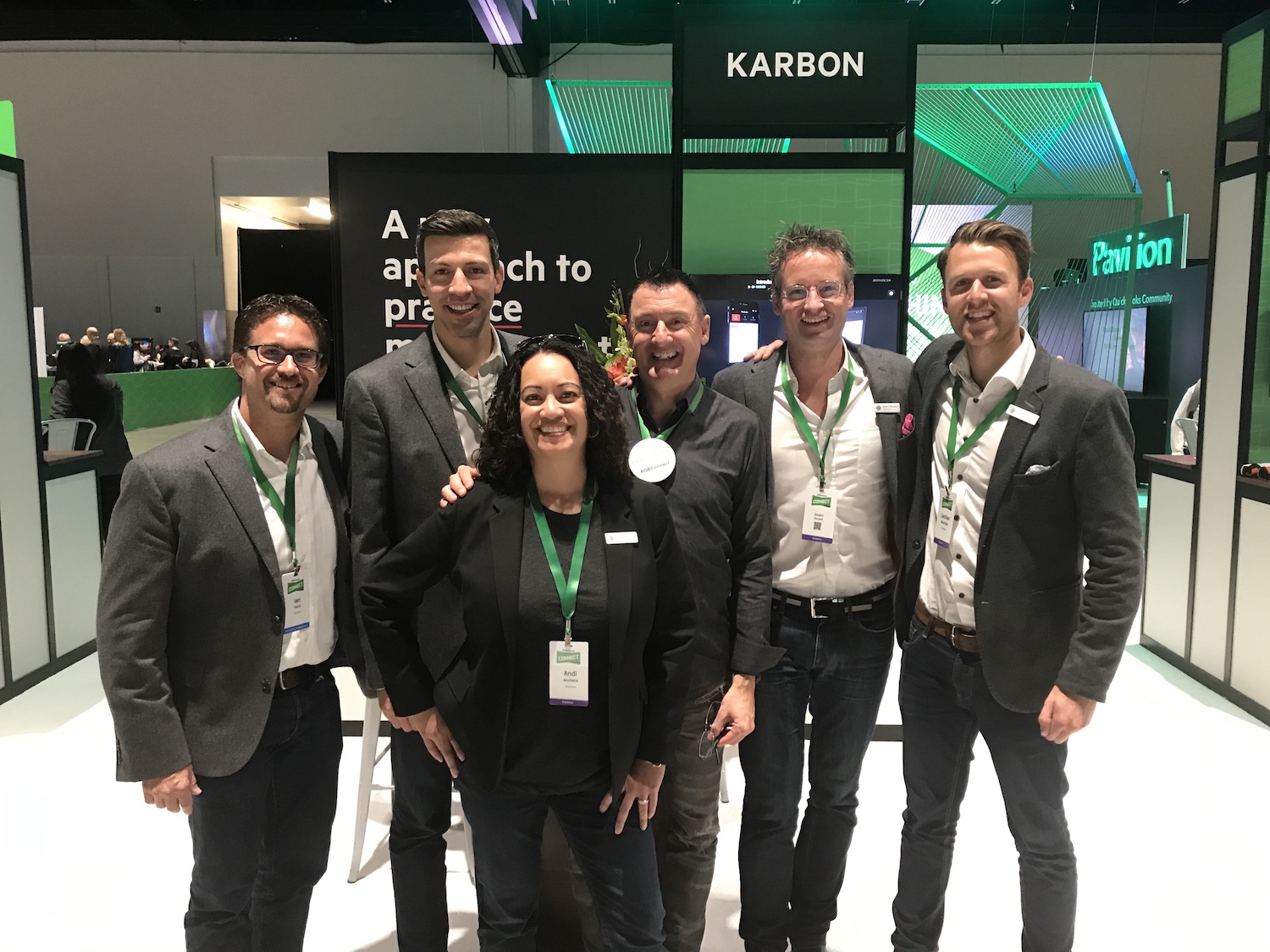 A few members of the Karbon team from QBConnect in 2017, most of whom are still at Karbon.

Today, we provide accountants with a software solution to practice management, solving accountants’ most nagging problems and delivering peace of mind to firm owners.

Recently, we partnered with Tidemark to raise $66 million in our Series B round to expand what we can do for the accounting community. And we’ve grown to a truly global team of almost 200 staff spread across the US, Canada, Australia, New Zealand and UK.

At Karbon, our vision is this: A professional services industry where employees are happy, clients are satisfied and partners have peace of mind.

To me, this means the importance of us, the Karbon team, fulfilling our responsibility to our market—the accountants of this world—is paramount. And one of the ways we’re doing that is by building the world's leading practice management platform for accountants, so that accounting professionals can:

From recently launching Karbon Practice Intelligence (KPI) to fulfilling our commitment to continuous product innovation, the vision has never been clearer.

If everything to this point has been Karbon’s ‘chapter 1’, we’re in for an exciting story.

Stuart started his first business 13 years ago and has had many successful ventures, including Paycycle, founded in 2009, which he sold to Xero in 2011. He then built the global Xero Payroll team that delivers payroll software across the US, AU, UK and NZ markets. Stuart is now paving the way for smarter tools to improve how knowledge workers collaborate with their colleagues and look after their clients.

Karbon Co-Founder & CEO, Stuart McLeod, breaks down our values in a 5-part mini-series. First up: Connectivity and openness with employees, partners, customers and investors.

21 productivity tips that the team at Karbon actually use

Some of the Karbon team share their favorite productivity tips—from ear muffs to time blocking.

Quiet quitting? The gig economy? How emerging trends will define the future of work.

Karbon CEO and Co-Founder, Stuart McLeod, reflects on how today's work trends will influence the way we work for years to come.

Karbon Co-Founder & CEO, Stuart McLeod, breaks down our values in a 5-part mini-series. First up: Connectivity and openness with employees, partners, customers and investors.

21 productivity tips that the team at Karbon actually use

Some of the Karbon team share their favorite productivity tips—from ear muffs to time blocking.

Quiet quitting? The gig economy? How emerging trends will define the future of work.

Karbon CEO and Co-Founder, Stuart McLeod, reflects on how today's work trends will influence the way we work for years to come.

Karbon is the one system that everyone opens every morning, and our go-to for all information about clients and work that needs to be done.