How triathlons boost my creativity, improve my problem-solving skills, and balance my mental health

Mental health is one of the most underrated aspects of running a business.

It’s also one of the least-discussed issues. The day-to-day of running a company is oftentimes so demanding that entrepreneurs rarely even give themselves the time to acknowledge how they’re feeling. There’s always another problem to solve, another fire to put out. Meanwhile, they’re postponing checking in with themselves and taking a moment to pause and reflect. The impact on relationships, family and other areas of life are often considerable.

Which is why so much of what you see online is about grinding, hustling, and working as hard as possible. Share on TwitterShare on facebookIt’s easy to slip into the work harder for longer, sleep less, do more mentality.

And it takes discipline to try and bring balance to your life, for ultimately a better outcome all round.

Most founders don’t even realize it when they’re working too hard. They ignore the subtle signs, they deprive themselves of sleep, and they treat every single day as a sprint — instead of a marathon. And as a result, they actually become less productive, less effective, unhappy, burned out, the list goes on.

I learned this first-hand when I started competing in triathlons

Although I’ve never done a full Ironman, I have competed in eight Half Ironman races — also known as an “Ironman 70.3.” The number refers to how many miles are covered by the athlete, including a 1.2-mile swim, a 56-mile bike ride, and a 13.1-mile run. It’s grueling, to say the least.

In 2012 we moved our family from Melbourne to San Francisco. It was winter. I was fat! We had just moved an eight-month-old and a two-year-old to the other side of the world into a brand new city. It was a stressful time — but I had to do something. So, I signed up for a local boot camp as a way to get some time to myself and try and lose some weight

My trainer happened to also be a professional triathlon coach. 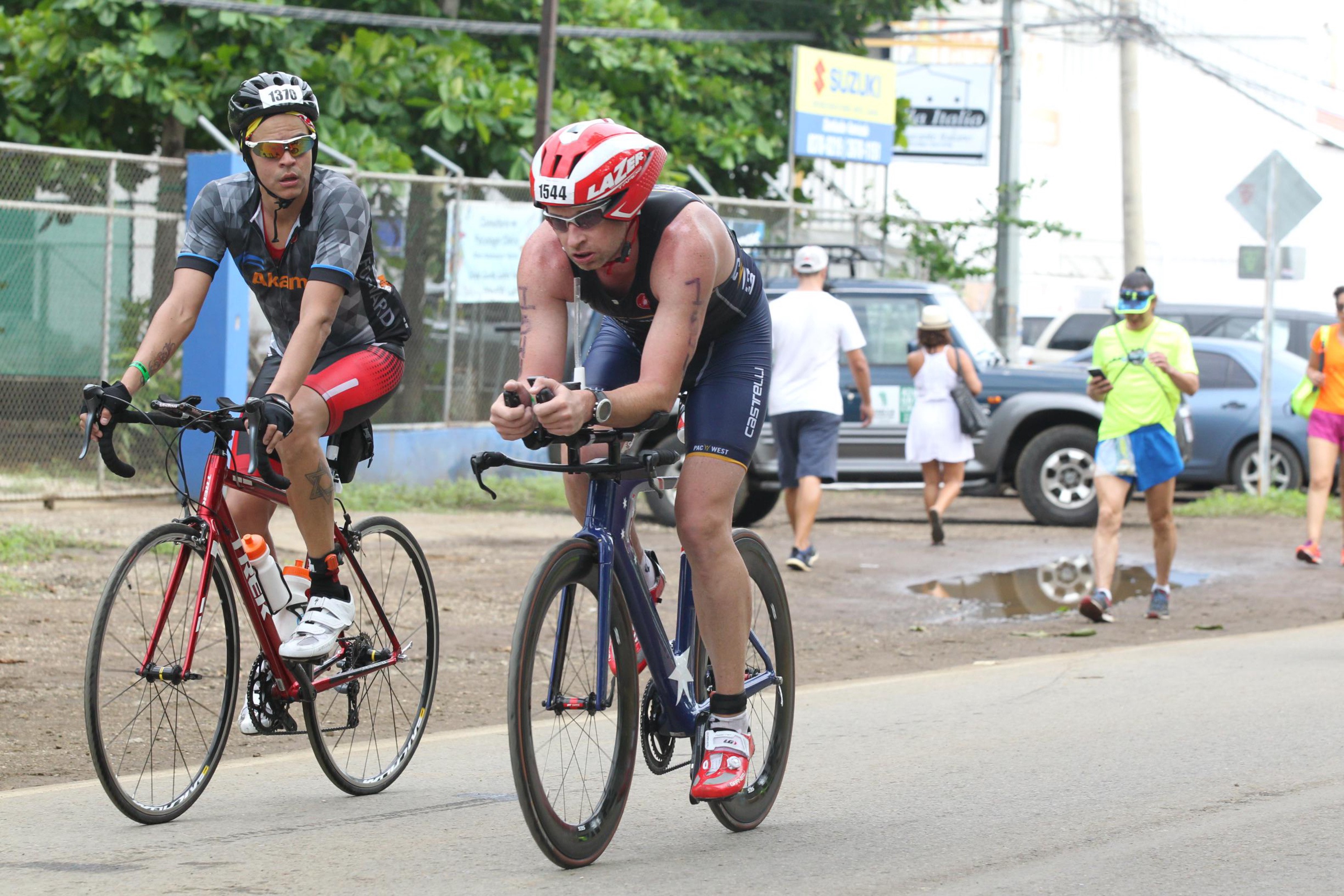 As I started getting into the training, and the multidisciplinary aspect of the sport (swimming, biking, running), I fell in love with the process. It was challenging, but it was also a lot of fun. And more than that, it gave me a way to separate “work” from time where I was only focused on myself.

Here’s what I mean:

1. Training (ironically) helped me avoid burnout as an entrepreneur

Long term, you need something to take your mind off work. Period.

One of the best ways to do this as an entrepreneur is to have a commitment to something that is completely unrelated to your business. It sounds odd, because you’d think that the best way to avoid feeling “burned out” is to do less — maybe sitting on the couch and watching TV. But I’ve found it’s actually the opposite. You need something to get away from it all, and something that’s truly important to you.

By balancing your interests, you’re able to return back to work with a clear head.

2. Being part of the Ironman community has ignited moments of creativity

People from all different backgrounds, careers, interests, and residences compete in Ironman races.

Share on TwitterShare on facebookAt every event, I find myself talking to someone who ends up changing the way I see the world in some way, shape, or form.

It could be a beautiful, sunny day, and someone might give you a piece of inspiration, wisdom, or just a friendly reminder of what’s truly important in life. And it’s all these different perspectives, combined together, that often leave me thinking about everything in my life through a different lens.

This is one of the biggest reasons people join communities in general — and certainly something I think about significantly at Karbon—how to meaningfully connect more and more people.

3. Training forces you to stay regimented

Every entrepreneur I know struggles with routine in some way.

That’s because startup life is very rarely organized. It’s organized chaos, at best. So if you want to remain disciplined and consistent in your everyday life, you need to actively practice those skills.

And physical exercise is a great way to practice.

The days I get plenty of sleep, wake up at 5:00 a.m., get in an hour of exercise, eat a good breakfast, and then begin work, I feel so accomplished. It’s more than just a state of relaxation. I feel ready. Ready to tackle the day and do whatever needs to be done.

And as an entrepreneur, that’s the sort of state you want to be in, as often as possible.

Share on TwitterShare on facebookShare on LinkedInCopy Link0
Stuart McLeod

Stuart started his first business 11 years ago and has had many successful ventures, including Paycycle, founded in 2009, which he sold to Xero in 2011. He then built the global Xero Payroll team that delivers payroll software across the US, AU, UK and NZ markets. Stuart is now paving the way for smarter tools to improve how knowledge workers collaborate with their colleagues and look after their clients.